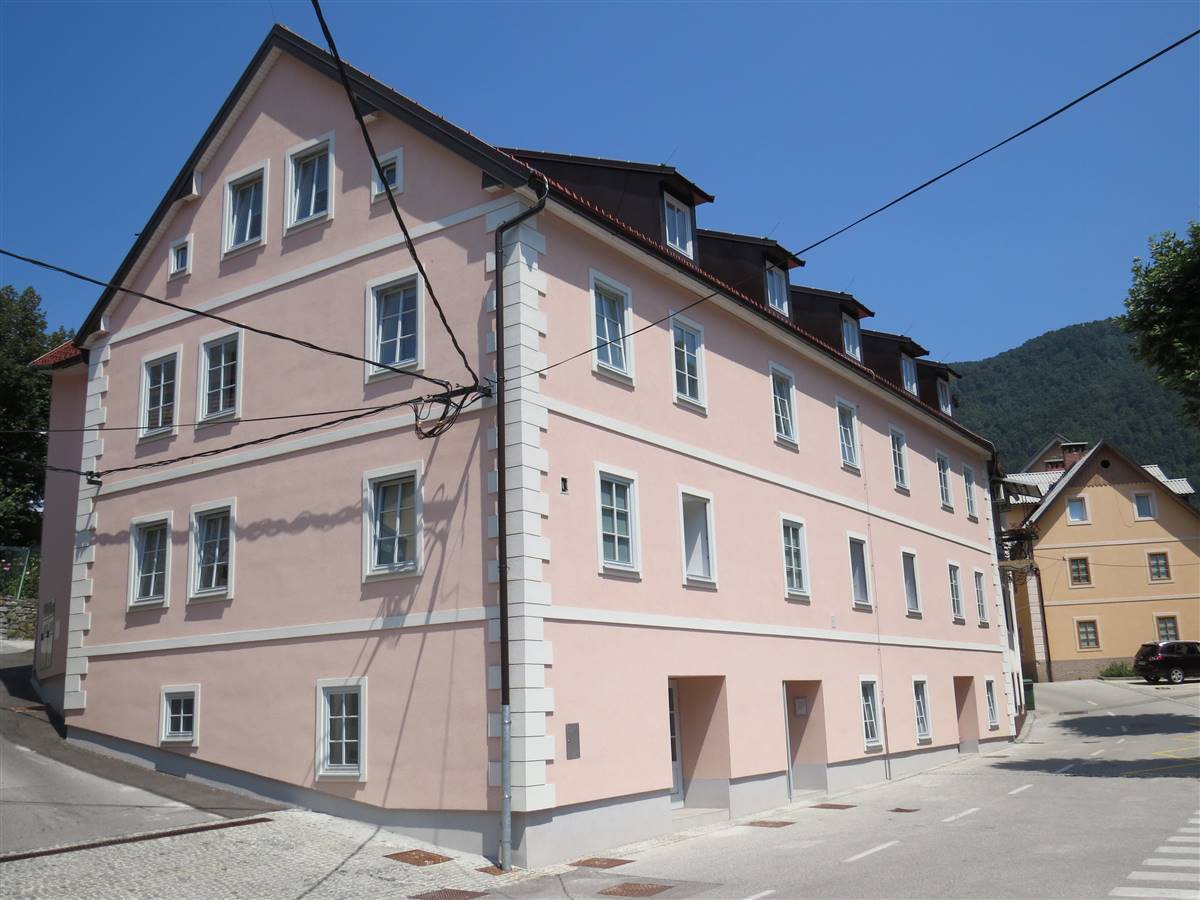 This building was constructed in the second half of the 19th century for the residence of mining families. It has several characteristics of the miners house which is typical for the town of Idrija and represents very unique architecture. Mercury mining in Idrija has a long tradition and also global recognition as Unesco World Heritage Site since 2012. The building was in residential use until 2004, when it was so damaged by an earthquake that it was no longer habitable. Today, the ground floor is used for business premises and the upper floors are organized as apartments. For the needs of energy rehabilitation of the building, the external walls and roof were adequately insulated. Facade ornaments were made anew in accordance with the cultural heritage office demands.
GENERAL INFORMATION RENOVATION PROCESS RETROFIT SOLUTIONS EVALUATION
Energy performance
44 kWh/m2.y

The apartment building was built to accommodate larger mining families as it is located near one of the entrances to the mine. The main load-bearing structure consists of stone masonry walls and wooden slabs and a roof. The entrance extension was added later when new materials such as brick were available and used too. There are business premises on the ground floor, the floors were intended for apartments, the attic was unusable. After the earthquake, the load-bearing structures were thoroughly statically valorized and it turned out that it make sense to strengthen the building. The load-bearing walls were reinforced and injected, reinforced concrete ties were installed, and the wooden ceilings were replaced with reinforced concrete ones, which further strengthened and connected the load-bearing system. At the same time, the owner, the Municipality, decided to renovate the apartments on the 1st and 2nd floor and arrange an additional apartment with storage for residents in the attic. Due to the poor condition of the entrance extension, it was removed and rebuilt with auxiliary rooms for residents. For the needs of energy rehabilitation, a 15 cm layer of thermal insulation was added on the outside. Facade ornaments were made anew. The roof was also thermally insulated when arranging the attic, and appropriate building furniture such as wooden windows and doors were installed. The building is heated by gas, as there is a gas pipeline in the city.
Urban context
Idrija is a town with approximately 6,000 inhabitants in the north-western part of Slovenia, where the pre-Alpine and Karst worlds meet at a tectonic fault. Due to hilly and steep terrain, poor natural possibilities and remote location, the surroundings of Idrija were a very sparsely populated landscape. This building was constructed in the second half of the 19th century for the residence of mining families. It was built later than majority of typical miners' houses in Idrija but it still has several characteristics of this unique architecture. Nowadays it lies close to the city center and is surrounded by other residential buildings.

ELEMENTS WORTHY OF PRESERVATION
According to the The Institute for the Protection of Cultural Heritage of Slovenia, the following conditions for renewal were required: preserving of the roof inclination, shape, orientation and covering; position of the double wing wooden windows and its framing; facade with original elements and color. Although the color of this house was not typical for classical miners' house.
Heritage Value Assesment
The building was assessed by The Institute for the Protection of Cultural Heritage of Slovenia. It was built nearby one of the entrances of the mine around 1880 as a residential house for bigger mining families. Although it is not a typical representative of a Miner’s house in Idrija, it still has quite a few characteristic features for this particular architectural style. The most recognizable characteristics of a typical Miner's house are: steep roofs, roof windows, dormers, multi-storey and multi-residential, small windows - symmetrically placed, the load-bearing structure is a combination of stone and wood, facade is originally plastered and whitewashed, built on steep slopes.

Conditions of the envelope
The construction was damaged in the earthquake (stone masonry walls, wooden constructions). The aim of retrofitting was statical and energy efficiency improvement and general renovation.

Renovation
Renovation after the earthquake, refurbishment for municipal appartments, improve energy efficiency of the building, to preserve the elements of architectural heritage
Was the intervention planned following a step-by-step approach?
The building was renovated within the earthquake refurbishment programme.
Stakeholders Involvement
Public sector
Idrija Municipality
Mestni trg 1, 5280 Idrija 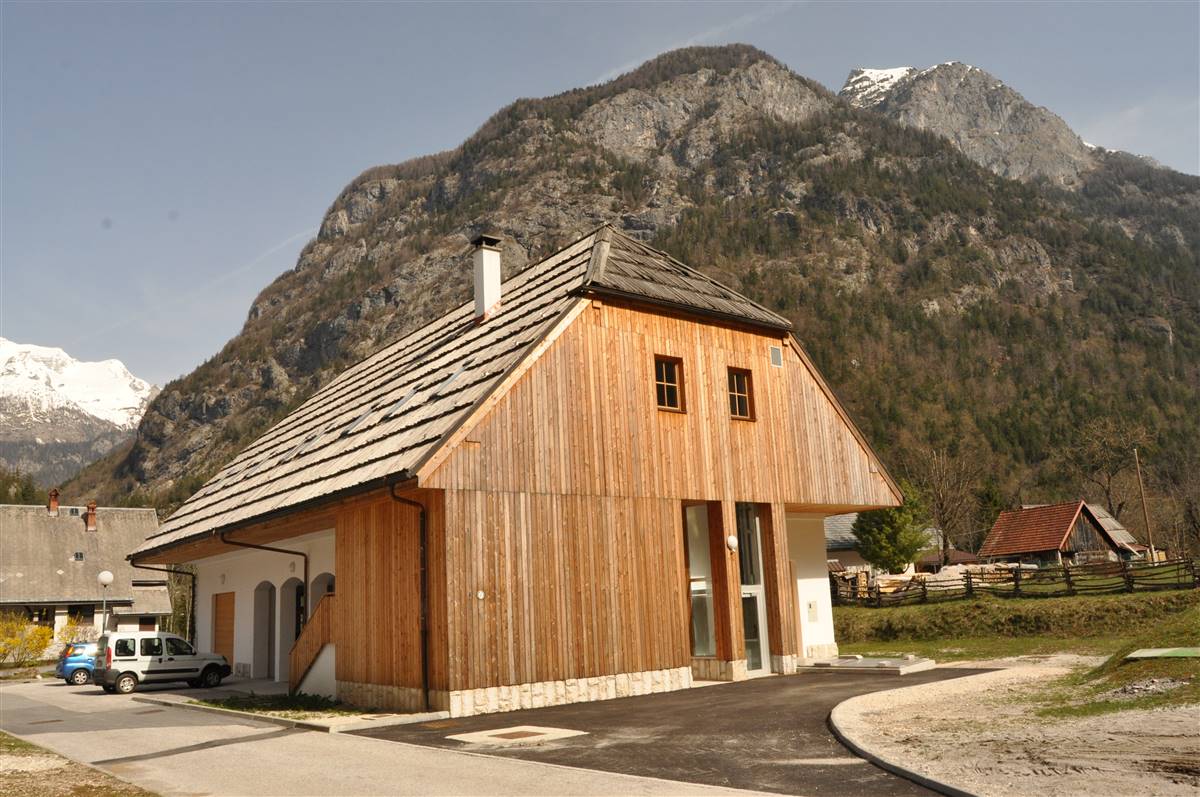 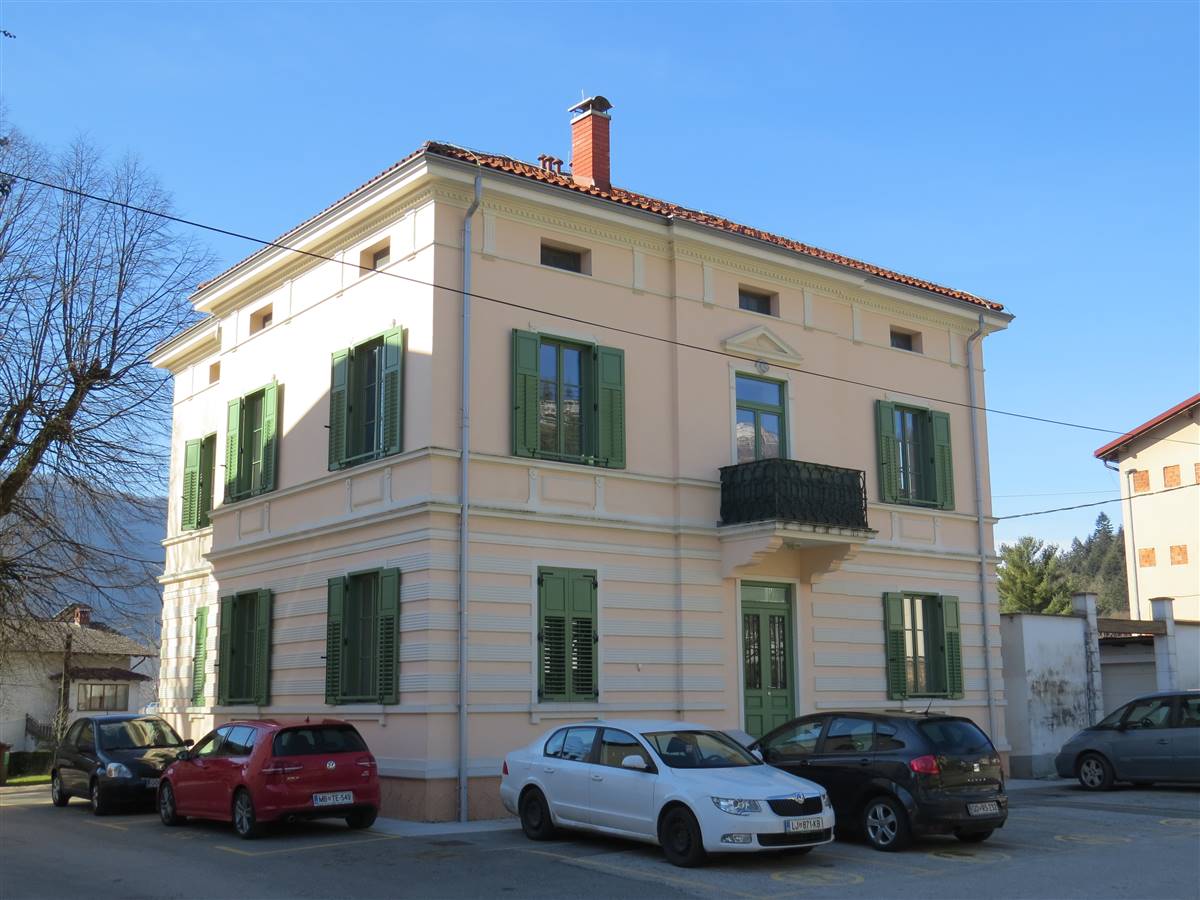 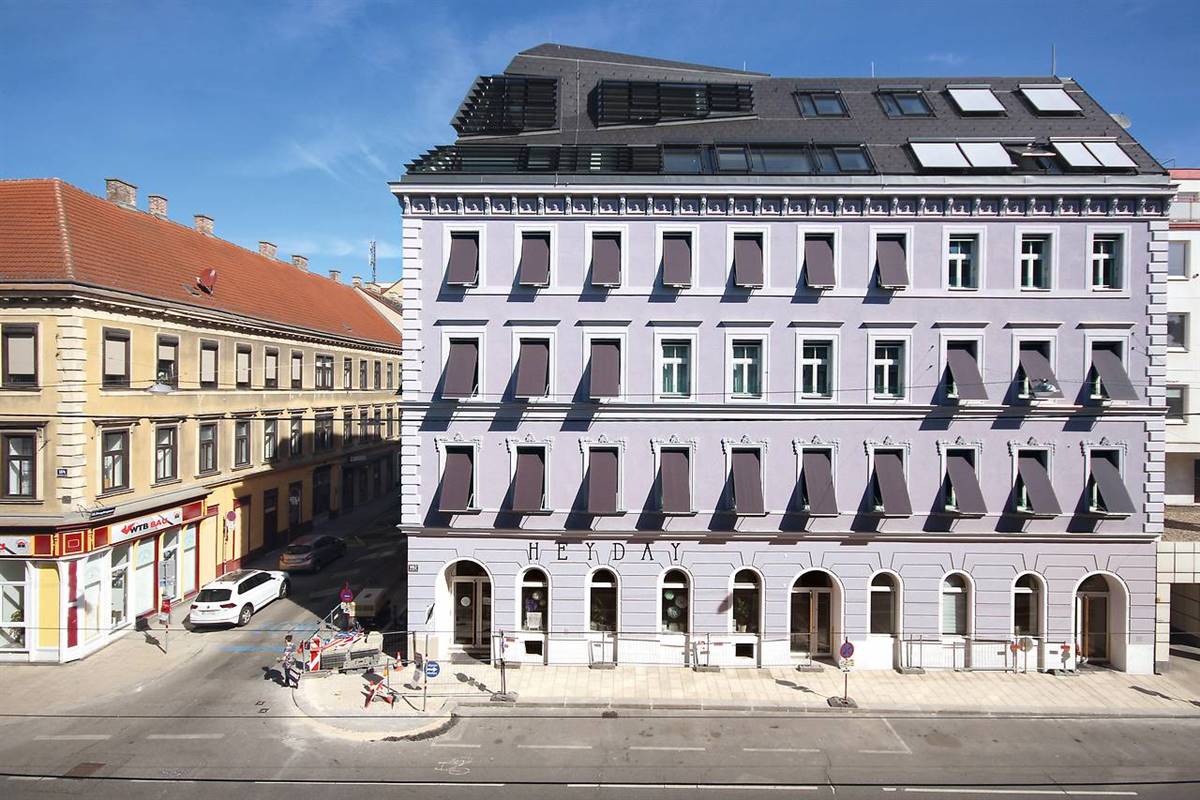 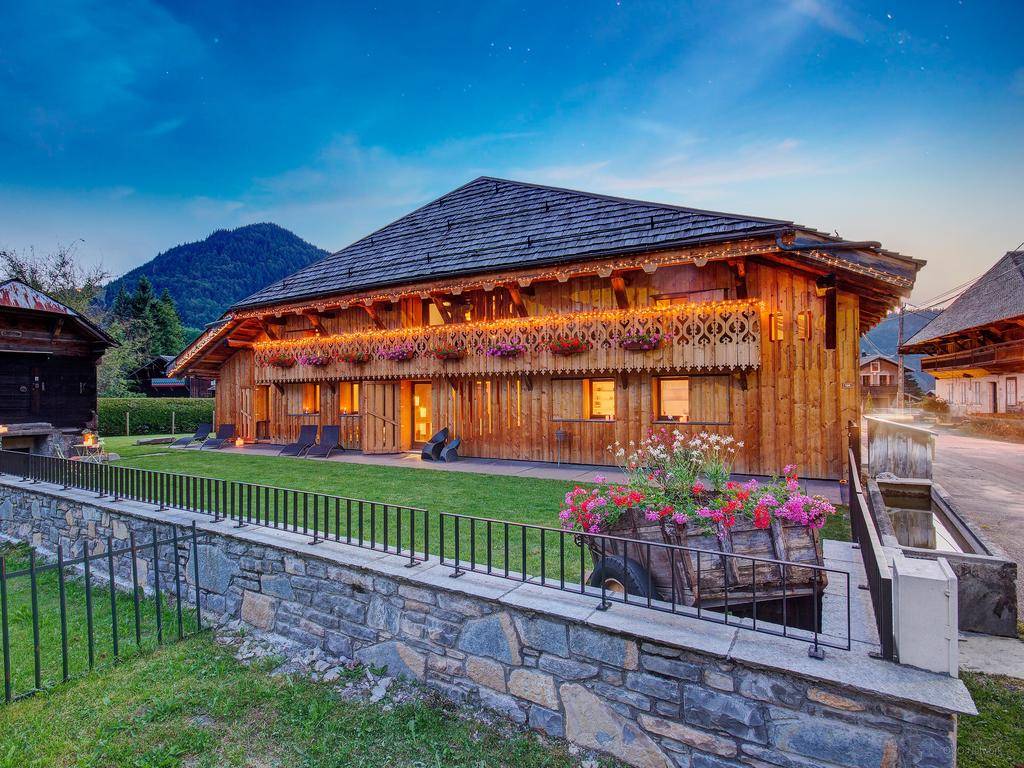 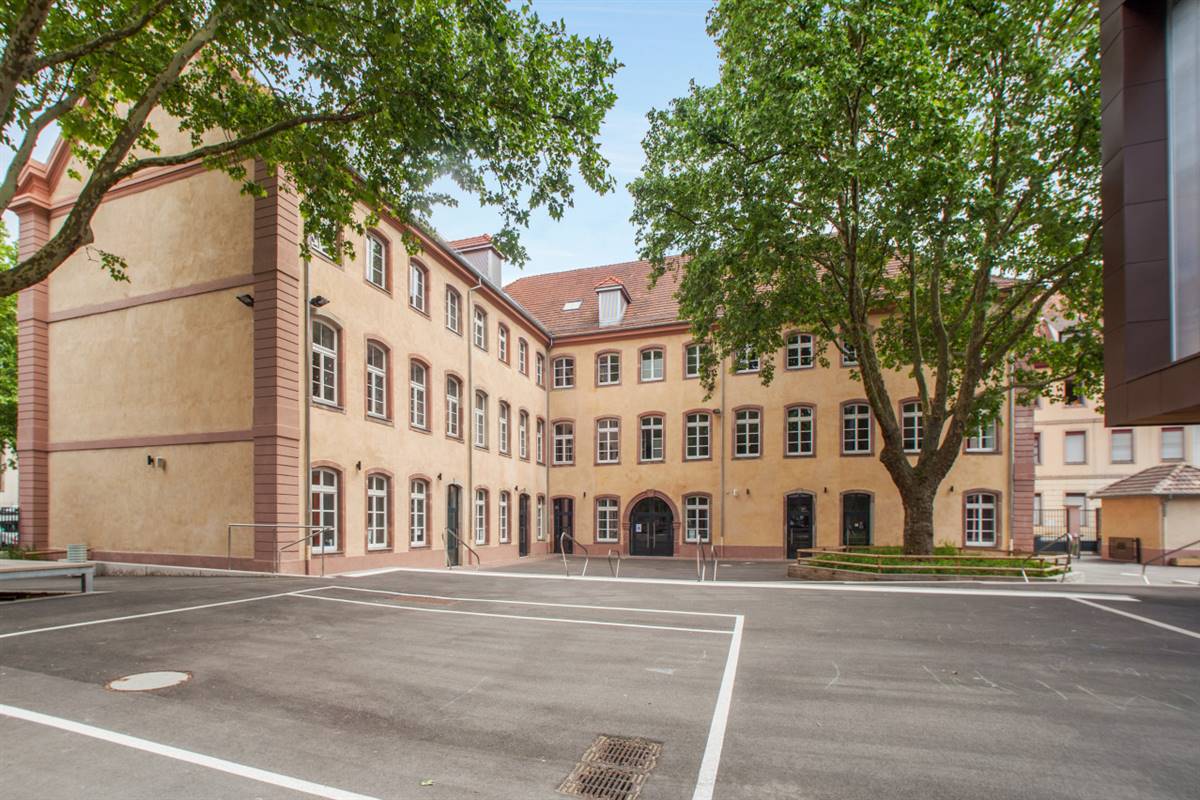